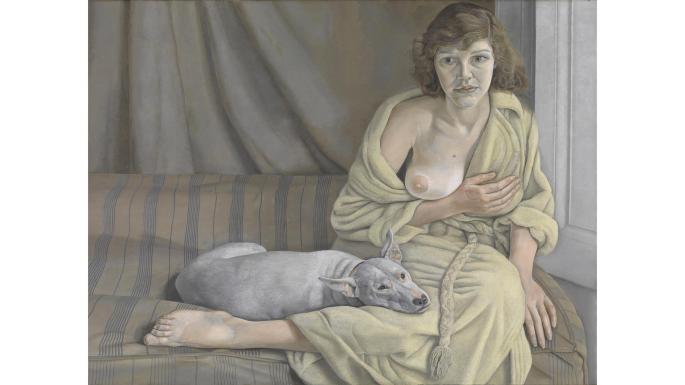 The exhibition features works by major artists including Graham Sutherland, Peter Lanyon, Stanley Spencer and Gillian Ayres. Visitors will be able to enjoy portraits and landscapes, as well as observational drawings, abstract works and compositional sketches.

The art of drawing

Highlights include studies by Sutherland for his crucifixion paintings, where stark black lines and dense shading create Christ’s agonised form on the cross. In contrast, Stanley Spencer used delicate pencil outlines to represent stretcher-bearers during the First World War.

The show ranges from the energetic scribbles of Frank Auerbach, from which London landscapes take shape, to the exuberant colours of Gillian Ayre’s abstract work and Michael Rothenstein’s designs of birds.

If you have a chance over the next couple of days (before Sunday 3rd July) head to Mottisfont, nr Romsey, to see drawings from the Schlee Collection. This wonderful collection is normally hidden away in the vaults of Southampton Art Gallery. Grab this chance to see drawings, preparatory drawings and other works by major modern British artists.  Thoroughly recommend it – much better than looking out at the rain.